Home
Life is easy. Why do we make it so hard? | Jon Jandai | TEDxDoiSuthep
Prev Article Next Article

Transcriber: Jelena Vukovic Reviewer: Ivana Korom There is one phrase that I have always wanted to say to everyone in my life. That phrase is “Life is easy.” It’s so easy and fun. I never thought like that before. When I was in Bangkok, I felt like life is very hard, very complicated.

So I needed to go to Bangkok. When I went to Bangkok, it was not very fun.

You need to learn, study a lot and work very hard, and then you can get success. I worked very hard, eight hours per day at least, but all I could eat was just a bowl of noodles per meal, or some Tama dish of fried rice or something like that. And where I stayed was very bad, a small room where a lot of people slept. It was very hot. I started to question a lot.

(Laughter) And when I looked at subjects in the university, in every faculty, most of them had destructive knowledge. There’s no productive knowledge in university for me. If you learn to be an architect or engineer, that means you ruin more.

The more these people work, the mountain will be destroyed more. And a good land in Chao Praya Basin will be covered with concrete more and more.

We destroy more. If we go to agriculture faculty or something like that, that means we learn how to poison, to poison the land, the water, and learn to destroy everything. I feel like everything we do is so complicated, so hard. We just make everything hard. Life was so hard and I felt disappointed.

I started to think about, why did I have to be in Bangkok? I thought about when I was a kid, nobody worked eight hours per day, everybody worked two hours, two months a year, planting rice one month and harvesting the rice another month. The rest is free time, ten months of free time. That’s why people have so many festivals in Thailand, every month they have festival.

(Laughter) Because they have so much free time.

Nobody can do something like that. People use plastic everywhere.

So, I feel like it’s something wrong in there, I cannot live this way I’m living. So, I decided to quit University, and went back home. When I went back home, I started to live like I remember, like when I was a kid.

I started to work two months a year. I got four tons of rice. And the whole family, six people, we eat less than half a ton per year. So we can sell some rice. I took two ponds, two fish ponds.

We have fish to eat all year round. And I started a small garden. Less than half an acre. And I spend 15 minutes per day to take care of the garden. I have more than 30 varieties of vegetables in the garden.

So, six people cannot eat all of it. We have a surplus to sell in the market. We can make some income, too. So, I feel like, it’s easy, why did I have to be in Bangkok for seven years, working hard and then not have enough to eat, but here, only two months a year and 15 minutes per day I can feed six people.

And before I thought that stupid people like me who never got a good grade at school, cannot have a house. Because people who are cleverer than me, who are number one in the class every year, they get a good job, but they need to work more than 30 years to have a house. But me, who cannot finish university, how could I have a house? Hopeless for people who have low education, like me. But, then I started to do earthly building, it’s so easy.

So, compared to him, I have 29 years and 10 months of free time. (Laughter) So, I feel that life is so easy. I never thought I could build a house as easy as that. And I keep building a house every year, at least one house every year. Now, I have no money, but I have many houses.

(Laughter) My problem is in which house I will sleep tonight. (Laughter) So, a house is not a problem, anybody can build a house. The kids, 13 years old, at the school, they make bricks together, they make a house.

After one month, they have a library. The kids can make a house, a very old nun can build a hut for herself.

Many people can build a house. So, it’s easy. If you don’t believe me, try it. If somebody wants to have a house. And then, the next thing is clothing.

I felt like I’m poor, like I’m not handsome. I tried to dress like somebody else, like a movie star. To make myself look good, look better. I spent one month to save money to buy a pair of jeans. When I wore them, I turned left, I turned right, looked in the mirror.

Every time I look, I am the same person. The most expensive pants cannot change my life. I felt like I’m so crazy, why did I have to buy them? Spend one month to have a pair of pants. It doesn’t change me. 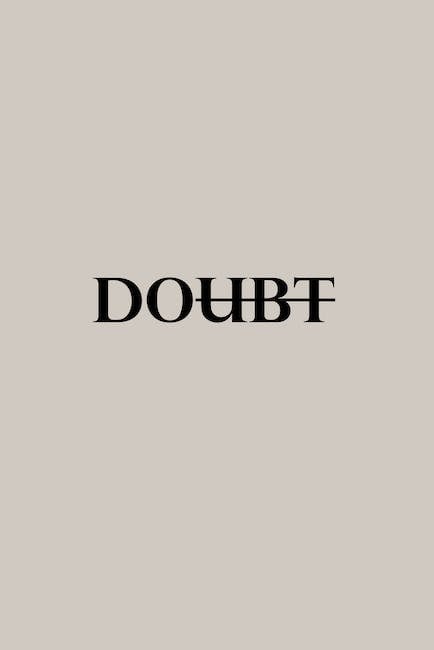 (Laughter) Use what you have.

So, after that, until now, 20 years, I have never bought any clothes. All the clothes I have are leftovers from people. When people come to visit me, and when they leave, they leave a lot of clothes there. So, I have tons of clothes now. (Laughter) And when people see me wear very old clothes, they give me more clothes.

So, if I buy it because I like it, that means I’m wrong. So, I feel more free when I think like this.

And the last thing is, when I get sick, what will I do? I really worried in the beginning, because then I had no money. But, I started to contemplate more. Normally, sickness is a normal thing, it’s not a bad thing. Sickness is something to remind us that we did something wrong in our lives, that’s why we got sick.

So, now that I rely on myself in these four things, I feel like life is very easy, I feel something like freedom, I feel free. I feel like I don’t worry about anything much, I have less fear, I can do whatever I want in my life.

Before, I had a lot of fear, I could not do anything. But, now I feel very free, like I’m a unique person on this Earth, nobody like me, I don’t need to make myself like anybody else. I’m the number one. So, things like this make it easy, very light. And, after that, I started to think about that when I was in Bangkok, I felt very dark in my life.

I started to think that many people maybe thought like me at the time. So, we started a place called “Pun Pun” in Chiang Mai. The main aim is just saving seed. To collect seed, because seed is food, food is life. If there is no seed, no life.

No seed, no freedom. No seed, no happiness. Because your life depends on somebody else. Because you have no food. So, it’s very important to save seed.

That’s why we focus on saving seed.

That’s the main thing in Pun Pun. And the second thing is it is the learning center. We want to have a center for ourselves to learn, learn how to make life easy. Because we were taught to make life complicated and hard all the time.

How can we make it easy? It’s easy, but we don’t know how to make it easy anymore. Because we always make it complicated and now, we start to learn, and learn to be together. Because, we were taught to disconnect ourselves from everything else, to be independent, so we can rely on the money only.

We don’t need to rely on each other.

But now, to be happy, we need to come back, to connect to ourselves again, to connect to other people, to connect our mind and body together again. So, we can be happy. Life is easy. And from beginning until now, what I learned is the four basic needs: food, house, clothes and medicine must be cheap and easy for everybody, that’s the civilization. But, if you make these four things hard and very hard for many people to get, that’s uncivilized.

We work hard for whom right now? I feel like it’s wrong, it’s not normal.

So, I just want to come back to normal. To be a normal person, to be equal to animals. The birds make a nest in one or two days.

So, now I try to be normal. But, people look at me as the abnormal one. (Laughter) A crazy person. But, I don’t care, because it’s not my fault. It’s their fault, they think like that.

So, my life is easy and light now. That’s enough for me. People can think whatever they want. I cannot manage anything outside myself. What I can do is change my mind, manage my mind.

Now, my mind is light and easy, that’s enough. If anybody wants to have a choice, you can have a choice. The choice to be easy or to be hard, it depends on you. Thank you. (Applause).

Read More: Feel Good About Yourself: 8 Best Nipple Covers For Men And A Buyer’s Guide