Let's start with the top line which is
we broke one forty five on dollar yen. Twenty billion bucks in unilateral
intervention so far. It's gonna take a lot more than that to
stop the yen. Do you reckon.
Yeah it's going to take the Bank of Japan to move its policy stance.
We've called it fundamentally when we're at 135 140 145 on dollar yen.
Until you address the root cause of the problem there's no point trying to patch
this over with cosmetic intervention now.
The Bank of Japan is very clever in the sense that when how it executed this 20
billion cut wilder it did it in a stealthy way.
So to add that kind of risk in some markets and to remove the possible
speculation side of it because all of a sudden you do have that kickback.
But the problem is as soon as the fundamentals come back into play it's
just going to drain the Bank of Japan. The problem is the strong dollar.
You need to fix the root as you say of the issue.
So until that happens what will be the effect of Japan potentially other
central banks continuing to intervene to no permanent effect.
I think they're just laying out speed bumps.
I don't think they necessarily have the intention here of completely reversing
the course and strengthening our own domestic currencies.
It's just to stop something that is a bit more synonymous with a crisis.
I'm just really kind of slow markets down from getting that free money on
what is quite an easy short short sighted option.
It's about reintroducing to a risk that that's all that is.
It doesn't stop the truck it just slows it down.
OK.

So we may get sizable concerted
intervention. That's a new live risk.
The one thing we looked at this morning was the cost of dollar funding
constriction in dollar funding which is nowhere near 2007.
So just let's everybody be very clear. We're not making some kind of radical
call or we are flagging up is the risk. And this is the OAS spread.
It's back at pandemic highs. It's nowhere near 2007.
When does that liquidity jolt turn into something much more manifest that you
worry about from an effects perspective. I think it's when we start to see
central banks discussing it quite aggressively and then start to see some
liquidity. Collateral.
Yeah exactly. And we start to see some kind of
multilateral communications on this before them swap lines are open.
I don't think Gregory Brainard has mentioned it.
She said in a speech Friday crossover cross-border spillovers and financial
vulnerabilities are a consideration for the Fed that they are a consideration.
I think that's also looking at what happened on the gilt market last week
and the impact that had from fixed income markets.
I don't think we're necessarily looking at it from an effects standpoint.
ISE is something that's highly concerning especially not at these
levels.

Now if volatility stays higher and then
all of a sudden we see another free 4 percent jump in the dollar I think
that's when people are starting to get a bit kind of twitchy.
Twitchy. Yeah.
Yeah I do. I'm a bit twitchy.
I can't tell you what I want to see. The IBEX better when it comes in.
I don't necessarily. It's got a lot better for me.
I'm paid in dollars in trade in Durham. So you know London was a breeze me.
But if I look at starting let's dig into this a little bit.
We're a percent off the lows last Monday so we're back at levels that we were
before the catastrophic. Budget communication.
Many budget communication. We've got a confidence deficit clarity
deficit and a credibility deficit. Do you think they attack the point again
even though it's up 8 percent from the lows last week.
I think so.

I think this is very shaky ground.
What we're seeing and I looked at last week's price action or thought this is
more of a technical reason for a rebound here.
My friend Flo supplies some kind of adjustments in portfolios.
I don't necessarily think is all of a sudden that the stock that the storms
passed and all of a sudden we're in Clearwater.
By no means wants that current account deficit data starts coming from Q4.
More political noise in the background and then all of a sudden potentially
another. A ramp up in European gas prices which
RTX is only just extends the government's liabilities.
So then what's fair. And finally what's fair value in the
pound right now at the moment bearing in mind the government's balance sheet
could just completely stretch out even further over the winter.
I mean how long is a piece of string.

It's just these miles long.
You can't come onto DAYBREAK. You have a sturdy says ISE as low as a
piece of. Come on you're gonna break parody.
Where's it gonna go. What does it re attack on starting look
like. What does a credible attack on starting
like. Take us through it.
I think in the short term one or five is kind of the big level.
I mean we're talking all time lows that wanted free 40 and very illiquid markets
for a lot of people without look at that and say that's just since fed synthetic
price. Once you can start putting some serious
volume through those prices then we'll actually start calling that low.
So what I find is really kind of the level that markets are looking at
thinking this is the next psychological barrier.
What is the risk of a broker that disappoints in terms of a market that at
the moment is pricing an over 100 basis points worth of hikes from a buyer.
We how realistic is that and what happens to this market if they don't go
through with it. 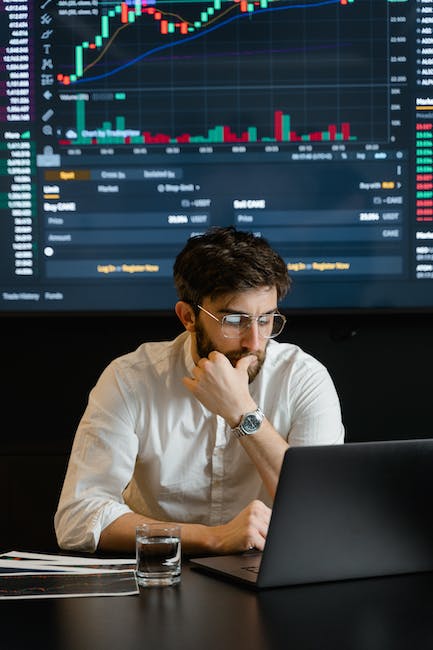 For Ford it's worth I think 100 basis
points is on the light side of things. I think the bank thing would really need
to come in to backstop this especially if there is a U-turn from the government
either because of their own volition or the Bank of England.
Everybody told us that they put a sticking plaster.
It's a temporary reprieve in terms of the intervention in the gilt market
which broke by the way. And you wouldn't think that from walking
around on another weekend. They told us it's temporary.
This monetary policy must lead for a credibility void to be filled.
It has to because one of the one kind of main pillars of UK investment is the
fact that there's institutional credibility.
So if that's then lost then all of a sudden it becomes a very tricky climate
for foreign investors coming into the UK.
If all of a sudden everything's kind of being moved by the same lever which is
the government policy.

So I think they do need to have a
credible stance but at the same time they can't have a credible stance by
ramping up interest rates because you look at what the government policies
are. They're inflationary.
So the Bank of England will have to come out if we roll back to meetings.
Governor Bailey explicitly said the reason why they went up to 50 basis
points is because I don't like the fact that businesses could pass through these
costs. The consumer.
Now the consumer's got a better balance sheet.
Then all of a sudden they are able to do this.
The bank has the kind of money to do it because of all the floating mortgages in
the UK I mean hiking by 100 basis points.
That would be some pretty extreme pain for folks out there in their mortgage
payments.

Yes but you know it's the lesser of two
evils at this point. Do you do that or do you then have kind
of a perpetual inflation problem that you have to catch up on over the next
five years. So we actually think the bank's going to
go big but it won't be for long. We're not talking the Federal Reserve
that wants to keep these interest rates restrictive for the next 12 months.
We think it's going to be do it quickly take the short term pain then start to
ease as we come into the kind of more stable parts of the side as the dollar
translate that hike temporary hold. It's a very different context that
you're putting forward. Other people are talking about a much
longer and enduring holding pattern from the Fed.
If you're looking for a road over when as a rollover in the top of the Fed come
and does the dollar begin to price that in.
Are we near.

I know we ask it every time you appear
but should I prepare for an exhaustion quickly.
Every time you ask me questions. Hey it's not quite ready yet.
I think we're looking at least Q2 next year if you need a quick answer or not..