Home
test
Why Is The Pound Falling?
Prev Article Next Article

OK, we need to talk about the pound, which
despite what you might have heard has not been pegged to the stablecoin Tether. The UK has been facing a cost-of-living crisis,
which was a problem before the war in Ukraine, and has only gotten worse since – in particular
due to the huge spike in energy prices. The new British prime minister Liz Truss (who
assumed office a few weeks ago), has promised to be bold and to do things differently. Upon her appointment, she put in place an
Energy Price Guarantee to limit the amount that suppliers can charge customers for gas
and electricity. The plan is that the average British family
will save £1,000 a year based on current energy prices. A thousand pounds converts into a bit over
a thousand dollars… The price guarantee is to be funded through
borrowing, and according to The Institute for Fiscal Studies, the two-year energy package
is likely to cost £100bn (or 4 per cent of GDP) in the first year alone. Its total cost might be 150 billion pounds
(or dollars or tethers). The Bank of England’s chief economist said
at the time that the extra government borrowing, and spending would likely lead to higher interest
rates in the future.

Investors sold UK assets earlier this month
after this announcement, sending the pound down against the dollar, which reached its
weakest levels since 1985. Something did have to be done about high UK
energy prices, in particular because energy prices make up a very high percentage of the
costs of the most vulnerable in society. So, there’s a good argument that any support
should have been targeted to reach those who are suffering the most through energy inflation. Possibly offering means-tested support would
have made the overall package a lot cheaper and the economy would have been better able
to sustain such a package should the current high prices drag on longer than is expected. Manoj Pradhan and Charles Goodhart at Talking
Heads Macro estimate that this support package benefits the wealthy in the UK 2-3 times as
much as it benefits the poor. So maybe it is not as well designed as it
could have been.

On top of this, high prices send an important
economic signal to consumers encouraging them cut back on consumption when prices are high. A broad-based price freeze like this mutes
that signal, meaning that those who can still afford the high energy prices are less likely
to cut back on consumption than they might otherwise be. So, the Pound began declining again on Friday
and over the weekend reaching its lowest level ever against the US dollar today. This decline came after the announcement of
Kwasi Kwarteng’s £45bn tax-cut package on Friday. The tax cuts were put in place with the goal
of boosting economic growth. The slide in the value of the pound prompted
numerous jokes comparing the Pound to an emerging market currency. We will talk in just a moment about why the
idea of a looming EM style sterling crisis doesn’t make an awful lot of sense at present. A declining pound (I should first note) is
not a new thing.

The Pound has been falling against the dollar
ever since the end of the Second World War when the Pound was worth around four dollars. The reason for this consistent depreciation
is just that UK inflation has been persistently higher than US inflation over that period,
and the exchange rate had to fall in order to equalize price levels in the two economies. The recent fall in the pound is driven by
investors selling British assets because they have doubts about the soundness of the government's
plans. This is driven by concerns about the British
economy rather than just being related to dollar strength. The pound has fallen by more than 7 per cent
against the currencies Britain’s international trade partners since the start of August. From a markets perspective, the tax cuts,
combined with increased government spending at a time like this is what’s causing the
slide. Economists probably wouldn’t recommend these
actions, but they appeal to politicians in the same way that releasing oil from the Strategic
Petroleum Reserve might appeal in the United States.

It gives voters the feeling that politicians
are doing something for them in a time of high inflation, close to elections. The reason that stimulating the economy with
tax cuts might not make sense in the UK right now is that the UK unemployment rate is very
low at present and there is very little spare capacity in the economy for non-inflationary
growth. Spare capacity in economics describes the
extent to which an economy is operating below the maximum sustainable level of production.

Spare capacity depends on the balance of demand
for goods and services relative to the economy’s ability to produce those goods and services. When there’s not enough demand, you see
spare capacity which puts downward pressure on inflation. If there is too much demand, this results
in capacity being constrained and you see upward pressure on inflation. A key indicator of how much spare capacity
exists in an economy is the unemployment rate. A high unemployment rate means that there
is a large pool of workers willing to work but not engaged in production, suggesting
that the economy is operating below its potential. In such a situation Economic stimulus can
cause businesses to hire more people stimulating demand without causing inflation – which
is a positive outcome.

The rate of unemployment that is in line with
an economy producing close to its potential is associated with a stable rate of inflation,
so it’s known as the ‘non-accelerating inflation rate of unemployment. When unemployment deviates from this level,
it suggests that the economy is producing either above or below its prevailing potential. The tax cuts in the UK when unemployment is
very low, as it is right now, and inflation is a problem is likely to just push inflation
even higher. The decline in the pounds value, that we have
just seen is also likely to be inflationary, so none of this does anything to help the
UK’s inflation rate or cut into the cost-of-living crisis. 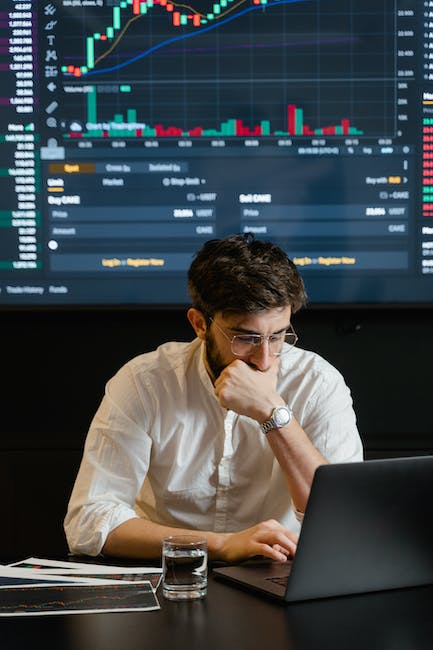 Trading in the pound was the most volatile
we have seen since the start of the pandemic in early 2020. The currency swung more than 5 per cent from
its daily high and low points today. In a statement on Twitter, the Bank of England
said it was monitoring developments and would "not hesitate to change interest rates by
as much as is needed to return inflation to the 2% target" and the UK chancellor Kwasi
Kwarteng in an attempt to reassure markets that he is serious about bringing debt under
control announced that he was bringing forward plans to publish a new medium-term fiscal
strategy to November 23rd.

Previously he had not been expected to announce
his new debt strategy until the new year. The Bank of England’s announcement that
they would not assess the turbulence in financial assets until their next planned meeting in
November reduced the probability of any emergency rate hike to traders — this was likely the
reason that the pound fell to under $1.07 from its high of the day of $1.09.

Markets are currently expecting the Bank of
England to raise rates to over 5 per cent next year, and the cost of government borrowing
has increased. Ten-year borrowing costs have risen from just
over one per cent at the start of the year to over 4 per cent today. The Bank of England had just raised interest
rates by half of a percent on Thursday, after a third successive 75 basis point rate increase
by the US Federal Reserve a day earlier. Manoj Pradhan at Talking Heads macro says
that a ratings downgrade by credit rating agencies looks increasingly likely given the
events of the last few days but is not being discussed at all in the press.

He says that a downgrade would probably not
have much impact on market pricing, but it would put significant political pressure on
the conservative government. He says that there are two possible paths,
and that both look extremely difficult. The first path is that the Truss administration
could decide to just ride through the market storm, ignore foreign exchange weakness and
hope that the Bank of England can stabilize the Pound. He says that the can won’t get kicked very
far down the road with such a strategy. An emergency 100 (or 150) bps increase in
policy rates (on top of what was priced in before the tax cuts) could help satisfy markets
and bring some stability to the pound but that would make economic (and thus market)
conditions much worse in the future. An increase in policy rates of that magnitude
when the level of debt is so high would mean an even higher deficit in the future. That would happen for two reasons. First, it would more than reverse the entire
benefit of the fiscal expansion, and second, the interest expense would rise due to the
higher interest rates and the higher level of debt in the economy.

The second path that Manoj says could happen
is that a politically embarrassing backtracking occurs. He argues that backtracking towards a more
conservative fiscal stance would likely be more popular among Conservatives in Parliament. But, it would hand an embarrassing political
victory to the Labour party. He argues that backtracking like this has
the potential to take the new administration down and plunge the UK into another search
for Prime Minister. OK, so I mentioned earlier that it is not
reasonable to expect an Emerging markets style currency crisis in the UK. There is a very good Reinhart and Rogoff paper
on how these things work, but, typically, there are two ways a country with a floating
exchange rate can have a currency crisis, and neither applies to the UK at present. Usually, a currency crisis happens when a
country has large external liabilities that are denominated in a foreign currency. As the home currency depreciates, the debts
grow. This creates a self-reinforcing downward spiral. The UK does have a lot of external liabilities,
but they're mostly British Pound denominated. The UK also has external assets, mostly direct
investments abroad.

For these assets, currency depreciation is
actually good for the UK. So, a currency crisis of this sort doesn't
seem likely. Now, the other way you can have a currency
crisis is if a substantial percentage of a country’s debt is held by international
investors who lose faith in either the country’s ability or it’s willingness to service that
debt. But the independent Bank of England is unlikely
to monetize debt like that, and additionally, UK debt isn't that large by long-run standards. So, once again, unlikely. Now, I know that a lot of my viewers are based
in the United States, so how might this affect you? Well, the president of the Atlanta branch
of the Federal Reserve announced a few hours ago that the UK government’s new fiscal
plan has increased economic uncertainty and raised the odds of a global recession. He said that “a basic tenet of economics
is more uncertainty leads to less engagement by consumers and businesses,” – he went
on to say “The key question will be, what does this mean for ultimately weakening the
European economy, which is an important consideration for how the US economy is going to perform.” If you enjoyed this video, you should watch
this one next.

Have a great day and talk to you again soon. Bye..