I was 14 years old inside of a bowling alley, burglarizing an arcade game, and upon exiting the building a security guard grabbed my arm, so I ran. I ran down the street,
and I jumped on top of a fence. And when I got to the top, the weight of 3,000 quarters
in my book bag pulled me back down to the ground. So when I came to, the security guard
was standing on top of me, and he said, "Next time you little punks
steal something you can carry." (Laughter) I was taken to juvenile hall and when I was released
into the custody of my mother, the first words my uncle said was,
"How'd you get caught?" I said, "Man, the book bag was too heavy." He said, "Man, you weren't supposed
to take all the quarters." I said, "Man, they were small.
What am I supposed to do?" And 10 minutes later, he took me
to burglarize another arcade game. We needed gas money to get home.

That was my life. I grew up in Oakland, California, with my mother and members
of my immediate family addicted to crack cocaine. My environment consisted
of living with family, friends, and homeless shelters. Oftentimes, dinner was served
in breadlines and soup kitchens. The big homey told me this: money rules the world and everything in it. And in these streets, money is king. And if you follow the money, it'll lead you to the bad guy
or the good guy. Soon after, I committed my first crime, and it was the first time
that I was told that I had potential and felt like somebody believed in me.

Nobody ever told me
that I could be a lawyer, doctor or engineer. I mean, how was I supposed to do that?
I couldn't read, write or spell. I was illiterate. So I always thought
crime was my way to go. And then one day I was talking to somebody and he was telling me
about this robbery that we could do. And we did it. The reality was that I was growing up in the strongest
financial nation in the world, the United States of America, while I watched my mother
stand in line at a blood bank to sell her blood for 40 dollars
just to try to feed her kids. She still has the needle marks
on her arms to day to show for that. So I never cared about my community. They didn't care about my life. Everybody there was doing what they
were doing to take what they wanted, the drug dealers,
the robbers, the blood bank.

Everybody was taking blood money. So I got mine by any means necessary. I got mine. Financial literacy
really did rule the world, and I was a child slave to it following the bad guy. At 17 years old, I was arrested
for robbery and murder and I soon learned that finances in prison
rule more than they did on the streets, so I wanted in. One day, I rushed to grab
the sports page of the newspaper so my cellie could read it to me, and I accidentally
picked up the business section. And this old man said,
"Hey youngster, you pick stocks?" And I said, "What's that?" He said, "That's the place
where white folks keep all their money." (Laughter) And it was the first time
that I saw a glimpse of hope, a future.

He gave me this brief description
of what stocks were, but it was just a glimpse. I mean, how was I supposed to do it? I couldn't read, write or spell. The skills that I had developed
to hide my illiteracy no longer worked in this environment. I was trapped in a cage,
prey among predators, fighting for freedom I never had. I was lost, tired, and I was out of options. So at 20 years old, I did the hardest thing
I'd ever done in my life. I picked up a book, and it was the most agonizing
time of my life, trying to learn how to read, the ostracizing from my family, the homeys. It was rough, man. It was a struggle. But little did I know I was receiving the greatest gifts
I had ever dreamed of: self-worth, knowledge, discipline. I was so excited to be reading that I read
everything I could get my hands on: candy wrappers, clothing logos,
street signs, everything.

I was just reading stuff! (Applause) Just reading stuff. I was so excited to know how to read
and know how to spell. The homey came up, said,
"Man, what you eating?" I said, "C-A-N-D-Y, candy." (Laughter) He said, "Let me get some."
I said, "N-O. No." (Laughter) It was awesome. I mean, I can actually now
for the first time in my life read. The feeling that I got
from it was amazing. And then at 22, feeling myself, feeling confident, I remembered what the OG told me. So I picked up the business section
of the newspaper. I wanted to find these rich white folks. (Laughter) So I looked for that glimpse. 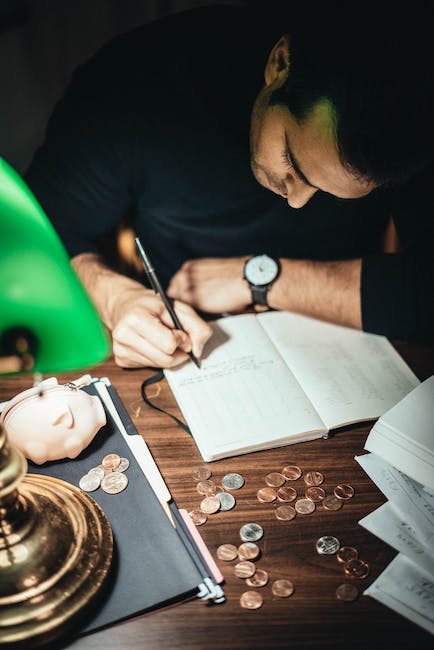 As I furthered my career in teaching others how to
financially manage money and invest, I soon learned that I had to take
responsibility for my own actions. True, I grew up
in a very complex environment, but I chose to commit crimes, and I had to own up to that. I had to take responsibility
for that, and I did. I was building a curriculum
that could teach incarcerated men how to manage money
through prison employments. Properly managing our lifestyle
would provide transferrable tools that we can use to manage money
when we reenter society, like the majority of people did
who didn't commit crimes. Then I discovered that according to MarketWatch, over 60 percent of the American population has under 1,000 dollars in savings. Sports Illustrated said that
over 60 percent of NBA players and NFL players go broke. 40 percent of marital problems
derive from financial issues. What the hell? (Laughter) You mean to tell me
that people worked their whole lives, buying cars, clothes,
homes and material stuff but were living check to check? How in the world were members of society
going to help incarcerated individuals back into society if they couldn't manage they own stuff? We screwed.

(Laughter) I needed a better plan. This is not going to work out too well. So … I thought. I now had an obligation
to meet those on the path and help, and it was crazy because
I now cared about my community. Wow, imagine that.
I cared about my community. Financial illiteracy is a disease that has crippled minorities
and the lower class in our society for generations and generations, and we should be furious about that. Ask yourselves this: How can 50 percent
of the American population be financially illiterate in a nation
driven by financial prosperity? Our access to justice, our social status, living conditions, transportation and food are all dependent on money
that most people can't manage. It's crazy! It's an epidemic and a bigger danger to public safety
than any other issue. According to the California
Department of Corrections, over 70 percent of those incarcerated have committed or have been charged
with money-related crimes: robberies, burglaries,
fraud, larceny, extortion — and the list goes on. Check this out: a typical incarcerated person would enter the California prison system with no financial education, earn 30 cents an hour, over 800 dollars a year, with no real expenses and save no money.

Upon his parole, he will be given
200 dollars gate money and told, "Hey, good luck, stay out of trouble.
Don't come back to prison." With no meaningful preparation
or long-term financial plan, what does he do … ? At 60? Get a good job, or go back to the very criminal behavior
that led him to prison in the first place? You taxpayers, you choose. Well, his education
already chose for him, probably. So how do we cure this disease? I cofounded a program that we call Financial Empowerment
Emotional Literacy.

We call it FEEL, and it teaches how do you separate
your emotional decisions from your financial decisions, and the four timeless rules
to personal finance: the proper way to save, control your cost of living, borrow money effectively and diversify your finances
by allowing your money to work for you instead of you working for it. Incarcerated people need these life skills
before we reenter society. You can't have full rehabilitation
without these life skills. This idea that only professionals
can invest and manage money is absolutely ridiculous, and whoever told you that is lying. (Applause) A professional is a person who knows his craft better than most, and nobody knows how much money
you need, have or want better than you, which means you are the professional. Financial literacy is not a skill,
ladies and gentlemen. It's a lifestyle. Financial stability is a byproduct
of a proper lifestyle. A financially sound incarcerated person
can become a taxpaying citizen, and a financially sound
taxpaying citizen can remain one.

This allows us to create a bridge
between those people who we influence: family, friends and those young people who still believe
that crime and money are related. So let's lose the fear and anxiety of all the big financial words and all that other nonsense
that you've been out there hearing. And let's get to the heart
of what's been crippling our society from taking care of your responsibility
to be better life managers. And let's provide a simple
and easy to use curriculum that gets to the heart, the heart of what financial empowerment
and emotional literacy really is.

Now, if you're sitting out here
in the audience and you said, "Oh yeah, well, that ain't me
and I don't buy it," then come take my class — (Laughter) so I can show you how much money
it costs you every time you get emotional. (Applause) Thank you very much. Thank you. (Applause).