Home
test
We Are at Fair Valuation for China: Covenant Capital’s Lim
Prev Article Next Article

Edward, I mean, first of all, make sense
of what's happening in China. Bad data coming out of China, pretty
clear that Covid 0 1 percent. But, you know, when you take a look at
the markets, you would think gains and losses.
How are you making sense of it all? I think the bigger question that asset
allocators like ISE are asking is, is this a new regime change?
No. I've been in this industry for almost
25, 30 years. We have work on the premise that China
global ISE. But right now, what happens when China
starts to look inside insular approach? So I think that balance that we're
seeing is still a lot of uncertainty underpin in the interest of both the
macro side domestic politics. The bigger question we're asking is, is
China investable? And it was disgusting or hits on that.
Well, the thing is, even if China is standing insular, other opportunities
given where level SA right now? No, actually, if you if it on the worst
case scenario, Russia at a trough of recent trough tries at six times to be
is trading about seven or eight times PE if you strip off the Internet and the
tech boom that China had.

China used to trade about 7 9 times PE
valuation. So we are at fair valuation for China.
You're not cheap on a worst case scenario issues if it's ever trade into
the likes of Russia. We're talking about 6 X or this quiet
way down, so are generally quite cautious on China equities.
When you take a look what Goldman is saying, there's an opportunity.
The Chinese stocks could go upwards of 20 percent once it opens up.
Do you want to be ahead of the game, perhaps position for that already or
not? We have a China share exposure
throughout this whole crisis that we used to all it.
I think position enough because the bigger question we're asking here is,
you know, what happens when China has stripped itself of the global economy
and started looking insular in on the whole private enterprise, state owned
enterprise regime that has changed.

How do we factor all of this in?
And frankly, we're not too sure yet. This is it.
I mean, to work out whether it's investing a lot.
You didn't really give us an idea. But it's not just being more.
It says you also alluded to becoming more ideological.
And that's the head scratcher, isn't it? If China is the head scratcher, who's
the no brainer? Oh, a no brainer.
You go do it to us. Equities is the biggest market in terms
of the constituents to say will index opportunities are a lot more there.
And let's not forget, we had many instances where the unilateral
retaliatory measures were applied against China.
How do you factor that in? Your analysis of a company is very, very
complicated.

So, you know, I think my bets to other
places in U.S. equities
as an asset allocator, you probably would pass through the details of the
non-farm payrolls of what did you actually come up with in terms of your
any new or possibly a reaffirmation of some of your investment strategies?
Right. Rio actually managing our portfolio on
the premise that we will have a recession, in fact, a global recession.
When I look at jobs data, where is it non-farm wages or the jobless claim?
That is coming up tomorrow? We have to remember job job data lacks
the real economy. 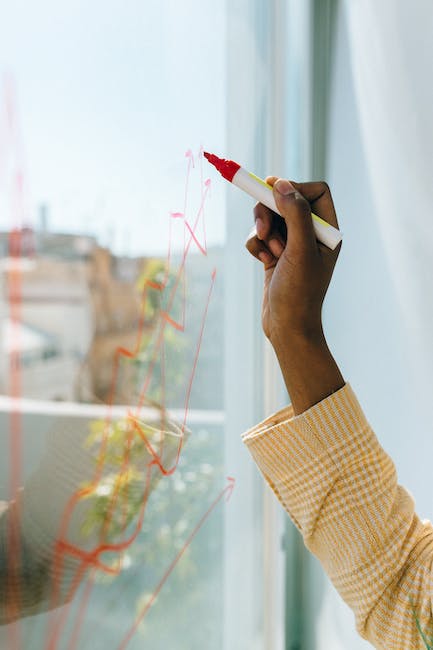 Simply put, you know, when the economy's
at the cost of early recovery and companies
don't employ people, they'll work the existing employees harder.
When we have a real for recovery, we basically increase our payroll.
Likewise, when demand often we don't immediately file.
But, you know, when things really create, this is where we start to lay
off workers. So I think we had to look at economy
more in a job data because job data likes the economy.
And on that front, whether we look at soft data or hard data regards to the
economy, the economy is slowing dramatically.
User A dramatically either.

What are you looking at in particular in
terms of the data sets to come up with that?
Well, if you look at soft data, you will be plenty to look at.
You can look at PMI dissecting between manufacturing and services.
You can look at all these. You can look at the Conference Board
indicators. All of these sort data's are either
already at its contractionary level or at a cost of the contraction level.
And they have moderated significantly from the peak several months ago.
Hard data, whether you mentioned earlier, exports coming out from Asia.
Those numbers doesn't look that good, both in terms of China demand as well as
the global demand.

We look at hard data like housing.
Housing markets across many regions are not only in negative territory right
now. Right.
You have Australia as US, Sweden and New Zealand.
We've seen housing starts, housing sales or in a negative double digit negative.
And we are actually seeing at the cups of perhaps some ISP decline, selling
prices decline in some of this region as well.
And very mind. The housing market is a very big
function of the of any economy, not only in terms of the banking sector, but as
well as to the commodity sectors as well.
So tellingly, you look at commodity prices in a basic human commodity price,
every one of them is down double digit aluminum and steel, copper, all of them
are down double digit..