Voiceover: What I want to do in this video is to give a not-too-math-y explanation of why bond prices move in the opposite direction
as interest rates, so bond prices versus interest rates. To start off, I'll just start
with a fairly simple bond, one that does pay a coupon, and we'll just talk a little bit about what you'd be willing to pay for that bond if interest rates moved up or down. Let's start with a bond from some company. Let me just write this down. This could be company A. It doesn't just have to be from a company. It could be from a municipality or it could be from the U.S. government. Let's say it's a bond for $1,000. Let's say it has a two-year maturity, and let's say that it has a 10% coupon, 10% coupon paid semi-annually, so this is semi-annual payments.

If we just draw the diagram for this, obviously I ran out of space on the actual bond certificate, but let's draw a diagram of
the payments for this bond. This is today. Let me do it in a different color. That's today. Let me draw a little timeline right here. This is two years in the
future when the bond matures, so that is 24 months in the future. Halfway is 12 months, then this is 18 months, and this right here is six months. We went over a little bit of this in the introduction to bond video, but it's a 10% coupon paid semi-annually, so it will pay us 10% of
the par value per year, but it's going to break it up
into two six-month payments. 10% of $1,000 is $100, so they're going to give
us $50 every six months. They're going to give
half of our 10% coupon every six months, so we're going to get $50 here, $50 here, these are going to be our coupon payments, $50 there, and then finally, at two
years, we'll get $50, and we'll also get the
par value of our bond, and we'll also get $1,000.

We'll get $1,000 plus
$50 24 months from today. Now, the day that this, let's say this is today
that we're talking about the bond is issued, and you look at that and
you say, you know what? For a company like company A, for this risk profile, given where interest rates are right now, I think a 10% coupon
is just about perfect. So a 10% coupon is just about perfect, so you say, you know what? I think I will pay $1,000 for it. So the price of the bond, the price of that bond right when it gets issued
or on day zero, if you will, you'll be willing to pay $1,000 for it because you say, look, I'm
getting roughly 10% a year, and then I get my money back.

"I need some liquidity. "I can't wait for the two years "for me to get my money back. "How much are you willing
to pay for this bond?" I'll say, you know what? I'm going to pay you less than $1,000 because this bond is only giving me 10%. I'm expecting 15%, so I want to pay something
less than $1,000, that after I do all of the
fancy math in my spreadsheet, it will come out to be 15%, so I'm going to pay, so the price, so in this situation,
the price will go down. I'll actually do the
math with a simpler bond than one that pays
coupons right after this, but I just want to give
the intuitive sense. If interest rates go up, someone willing to buy that bond, they'll say, "Gee, this
only gives a 10% coupon. "That's not the 15% coupon I
can get on the open market. "I'm going to pay less
than $1,000 for this bond." So the price will go down. Or you could just essentially say that the bond would be
trading at a discount to par.

Bond would trade at a discount, at a discount to par. Now, let's say the opposite happens. Let's say that interest rates go down. Let's say that we're in a
situation where interest rates, interest rates go down. So now, for this type
of risk like company A, people expect 5%. People expect 5% rate. So how much could you sell this bond for? If you were there and if I had to just go to companies issuing their bonds, I would have to pay $1,000, or roughly $1,000, for a bond that only gives me a 5% coupon, roughly, give or take. I'm not being precise with the math. I really just want to
give you the gist of it. So I would pay $1,000 for
something giving a 5% coupon now. This thing is giving me a 10% coupon, so it's clearly better, so now, the price would go up. So now, I would pay more than par. Or, you would say that this
bond is trading at a premium, a premium to par. So at least in the gut sense, when interest rates went up, people expect more from the bond.

This bond isn't giving more, so the price will go down. Likewise, if interest rates go down, this bond is getting
more than what people's expectations are, so people are willing to
pay more for that bond. Now let's actually do it with an actual, let's actually do the math to figure out the actual price that someone, a rational person would be
willing to pay for a bond given what happens to interest rates. And to do this, I'm going to do what's
called a zero-coupon bond. I'm going to show you zero-coupon bond. Actually, the math is much simpler on this because you don't have to do it for all of the different coupons. You just have to look
at the final payment. So a zero-coupon bond is literally a bond
that just agrees to pay the holder of the bond the face value, so let's say the face value, the par value is $1,000
two years from today, two years from today. There is no coupon. So if I were to draw a payout diagram, it would just look like this. 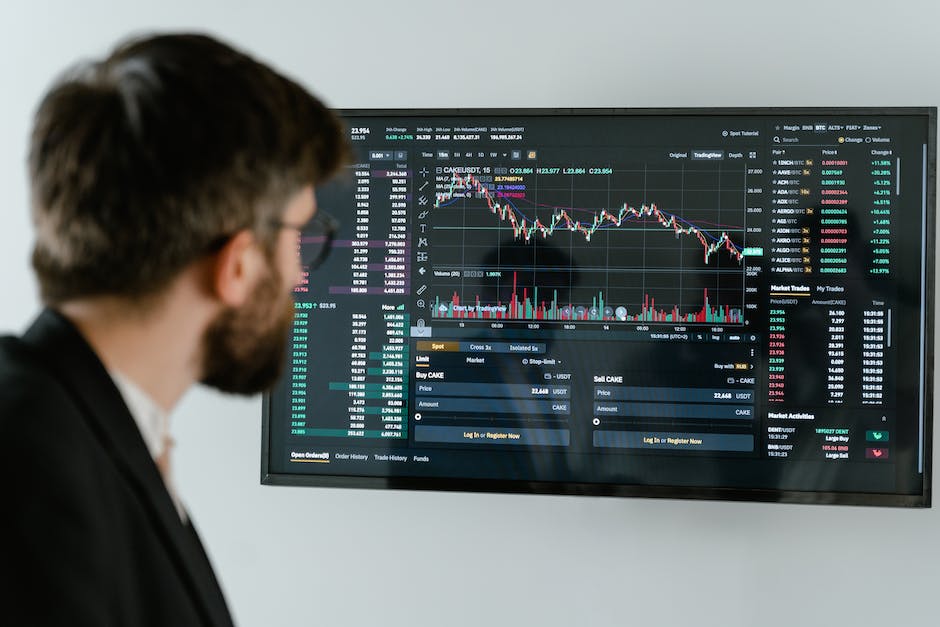 This is today. This is one year. This is two years. You just get $1,000. Now let's say on day one, interest rates for a
company like company A, this is company A's bonds, so this is starting off, so day one, day one. Let's say people's expectations
for this type of bond is they want 10% per year interest. So given that, how much
would they be willing to pay for something that's
going to pay them back $1,000 in two years? The way to think about
it is let's P in this … I'm going to do a little bit of math now, but hopefully it won't be too bad.

Let's say P is the price that someone is willing to pay for a bond. So whatever price that is, if you compound it by 10% for two years, so I do 1.10, that's one plus 10%, so after one year, if I compound it by 10%, it will be P times this, and then after another year, I'll multiply it by 1.10 again. This, essentially, is how much
I should get after two years if I'm getting 10% on my initial payment or the initial amount that
I'm paying for my bond.

So this is $826. So if you were to pay
$826 today for this bond and in two years, that company would give you back $1,000, you will have essentially have gotten a 10% annual compounded
interest rate on your money. Now, what happens if the
interest rate goes up, let's say, the very next day? And I'm not going to be very specific. I'm going to assume it's
always two years out. It's one day less, but
that's not going to change the math dramatically. Let's say it's the very next second that interest rates were to go up.

Let's say second one, so it doesn't affect our
math in any dramatic way. Let's say interest rates go up. So now all of a sudden, so interest, people expect more. Interest goes up. The new expectation is
to have a 15% return on a loan to a company like company A, so now what's the price
we're willing to pay? We'll use the same formula. The price is going to be
equal to $1,000 divided by, instead of discounting it by 10%, we're going to discount
it by 15% over two years, so one plus 15% compounded over two years. We bring out the calculator. We bring out the calculator,
and I think you have a sense we have a larger number
now in the denominator, so the price is going to go down.

Let's actually calculate the math. $1,000 divided by 1.15 squared is equal to $756, give
or take a little bit. So now, the price has gone down. The price is now $756. This is how much someone is willing to pay in order for them to get a 15% return and get $1,000 in two years, or get $1,000 in two years and essentially for it to be a 15% return. Now, just to finish up the argument, what happens if interest rates go down? Let's say interest, the expected interest rate on
this type of risk goes down, and let's say it's now 5%. What is someone willing to
pay for this zero-coupon bond? The price is, if you compound
it two years by 1.05, that should be equal to 1,000, or the price is equal to 1,000 divided by two years of compounding at 5%. You get the calculator out again.

We get $1,000 divided by 1.05 squared is equal to $907. So all of a sudden, we're willing to pay, price is now $907. You see mathematically when
interest rates went up, the price of the bond
went from $826 to $756. The price went down. When interest rates went down, the price went up. I think it makes sense. The more you expect, the higher return you expect, the less you're willing
to pay for that bond. Anyway, hopefully you found that helpful..