Let's go over that example, that
I gave in the last video, where I'm in this village and
I start a bank to match up savers with investment
opportunities. And I actually want to do it,
one, to hit the point home a little bit more about how
a bank makes money. And I actually think this
example is a very good instrument to teach you about a
new financial statement that I don't think I've covered
at all much. And that's the income
statement. So far, you're familiar with the
balance sheets, hopefully. And now, we'll learn what
an income statement is. So let's say that this is my
balance sheet at the beginning of my first year of operation,
the beginning of year one.

And let me see if I
can recreate it. I think I had said that I had
originally capitalized this company with $1 million. That was coming from
my savings. Or maybe I went to 10 of my
friends and they gave me $100,000 each. But we don't care about how
that equity was raised. All we know is that
we had $1 million. And then, I had bought a
building that I could put money in, that looks
really safe. And people would feel secure
giving that money, putting that money into that building. So let's say I had $1 million
of real estate. And then, the rest of the
village saw this nice big fortress I had constructed. And so they gave me
at least part of their savings as deposits. Saying that, wow, that's a safer
place to put my money than in my mattress or buried
in my backyard. And, this bank of Sal says that
he's going to give me some interest. And he seems to
be a fairly reputable fellow in our village.

So let's deposit some of
our savings with him. So I get $10 million
of deposits. And, of course, I told them,
look, this isn't a loan. Although, it kind of is. I'm not borrowing this
money from you. You guys can use this money
whenever you need it. And because of that, I need to
set some of these deposits aside, in case someone comes the
next day and says, I gave you that dollar yesterday. I actually need that dollar
now to pay for my teeth cleaning or something. So I need to set aside
some of it. And I figure, well, if I set
aside 10% of it, that's the most that anyone would ever
come in one day, unless there's some type of strange
run on the bank.

So I'm going to set aside
10% of it as reserves. So it's cash reserves. So let's say, $1 million
of cash. If I thought, for some reason,
that there's a higher likelihood of everyone coming at
once for their money, or a large percentage of the people
coming at once, I'd want larger reserves. And then, finally, I'm
left with $9 million. They gave me 10, I had
to put one aside. I'm left with $9 million
to loan out. This is productive capital. And when I say, capital,
that's just a claim on someone's goods and services
that can be used to construct or perform something that adds
value, that creates more value than was used. So that's $9 million of loans. And I know I always keep talking
in those terms.

And I do that because I think, in our
society today, we get so fixated with the points, and
that's money, or the dollar bills, that we often forget
what the points represent. The points, or the money,
represents claims on goods and services. I've actually met people who
become obsessed with– Well actually, like on
[? Connicet, ?] I get emails from people who
want to get extra points on their account. And they're obsessed with it. And it's just a number. But what's important is, what
does a point system really do for you? And in money, those points
represent future claims on goods and services. So this is how my balance sheet
looked at the beginning of year one. And I said, well, I'm going
to be getting in 10% on these loans.

And then, what's my
interest expense? I probably should have
done this in green. Well, I have to pay out
5% on the $10 million. So it's $500,000. I'll put it as a negative
number, just so you know it's an expense. Although, since I said it's an
expense, you might want to put it as a positive number. But that's just an accounting
convention. But I think you get the idea. Let me put it as
minus $500,000.

And then to operate this bank–
I had this building. it had to be cleaned. It has to be maintained. I had to hire bank tellers
and security guards. And I had to buy my security
guards machine guns. I have expenses, above and
beyond just this little interest transaction
that's going on. So let's say that
I have salaries. So I have some other expenses. Let's say it's minus 50K
a year in salaries that I have to pay. And let's say, upkeep of the
building– you have to paint it every now and then. 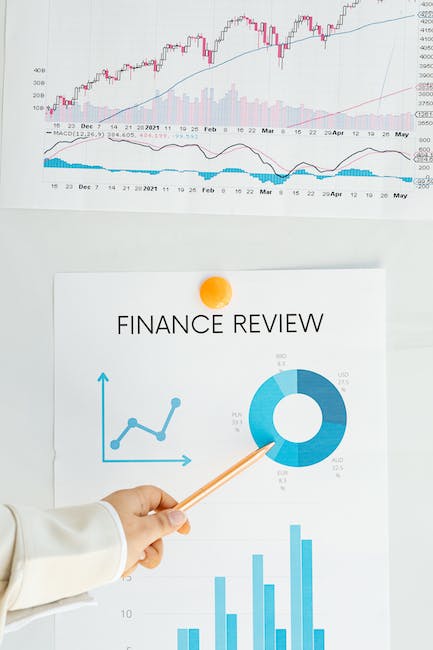 Have to install new marble
tiles every now and then. Because I have to project this
impression of the shining, impenetrable fortress. So upkeep is actually a
big expense for me. So I spend 50K on upkeep. And so, what am I left with? Let's see, 900 minus 500 is
400, minus another 100. So I'm left with 300,000. But even though this is a
primitive village that I live in, it's not so primitive that
it does not have taxes. And so, this is my
pre-tax income. [PHONE RINGS] My cellphone is ringing,
but I'll ignore it. Actually, it's very
hard to ignore. But anyway, this is
my pre-tax income. But my local village government
says, well, you have to pay for the army and all
of the other services that we provide. So they take 30%. So income taxes. Let's say they take one third. So they take 100K. And so, what am I going
to be left with? What is my net income? 300 minus 100, I'm
left with 200K. Fair enough. And, just so you know, this
is the income statement.

And I'm going to talk a little
bit about how all of these match up. So let me let me draw big,
nice box around it. So it looks like a proper
statement of something. So what is my balance sheet
going to look like at the end of the year, given that this
is how much money I made? Well, let's say those loans
haven't been paid off, just people paid the 10%
interest on them. So I still have those loans
on my balance sheet. Let me draw the loans. So I still have $9 million of
assets, which are those loans. They haven't paid them off. I still have the building. And actually since I spent
50,000 on upkeep, all of the wear and tear was made up
for, with my upkeep. So it's still worth
a million dollars. So I still have a million dollar
building, 9 million of loans outstanding. I had a million dollars
of cash. And now, how much
cash do I have? Well, I had that million
dollars before. And I'm assuming that my overall
level of deposits do not change over the course
of the year.

So I had a million dollars of
cash, and nothing dramatic happens with the deposits. Over the course of the
year, I show right here, I made $200,000. And this 200,000 is,
essentially, going to be cash now. So now, I have 1.2
million of cash. My deposits haven't changed. I still have 10 million
of deposits. Those are liabilities, because
I owe them to the people who've deposited their
money with me. I owe them money.

And so what am I left with? What is my equity? My equity was 1 million. What is my equity now? Well, equity is just total
assets minus total liability. So what are my total
assets now? 9 plus 1 is 10, plus 1.2. I have 11.2 million
of total assets. Minus my total liabilities,
minus 10. So I have 1.2 million,
now, of equity. Now, something interesting
has happened. What has been my change
in equity? I had $1 million of equity. Now I have $1.2 million
of equity. So my change in equity– so $1
million to $1.2 million. So we could call it, if you're
used to the math notation, you could use that delta notation. Triangle just means change. My change in equity is
equal to $200,000.

And that is the same thing
as your net income. So what is an income
statement? Well, first of all, this
is an income statement. But how does it connect with
the balance sheet? And later, we'll talk about
the cash flow statement. Well, a balance sheet is just
a snapshot of what you have and what you owe at any
given point in time. This is the balance sheet at
the beginning of the year.

What money came in. What money came out in
the form of expenses and taxes, et cetera. And then, you get a
net income number. And that net income number is
actually the change in equity. So if you have a positive net
income in a year, the balance sheet's equity will increase
by that amount in a year. And if you have a negative net
income, your balance sheet's equity will decrease
in a year. So you could actually call your
net income is the same thing as your change
in equity. And, another thing you want
to talk about, what's your return on equity? Well, your initial equity
was $1 million. How much money did we make? Well, it grew by $200,000. So 200,000 over 1 million. Well, we could call that
1,000 thousands. That equals a 20%. That was our return on equity. We put in a million, and we
got 20% more than that. That was our return on equity. Equals ROE. And notice, the return on equity
is really– that's the same thing. That's change of equity divided
by starting equity, which is the same thing as
net income in the period.

Well, I'm defining it
as starting equity. Sometimes people talk
about it as average equity, and all of that. Anyway, I thought that this was
a good tool to at least introduce you to the notion of
an income statement, and show you how to all connects. Because that's the beauty
of accounting. It's that you have these
different financial statements that are very intertwined
with each other. You give me two balance
sheets. And then, I can actually
construct the income statement that must have happened
in between them. Anyway, see you in
the next video..